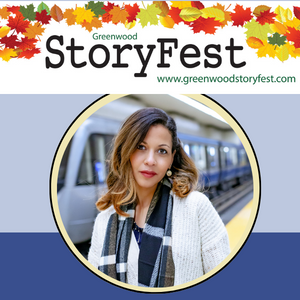 Hudson’s Community Centre will be where StoryFest will eagerly welcome esteemed scholar Debra Thompson. A McGill associate professor of Political Science, Dr. Thompson is a renowned scholar of the politics of race and holds a Canada Research Chair in Racial Inequality in Democratic Societies. Her earlier book, The Schematic State: Race, Transnationalism, and the Politics of the Census, received three major awards from the American Political Science Association. She has also published numerous articles in scholarly journals and is a regular commentator in print and on television on the state of race and racism in Canada and the United States. She now lives in Montreal.

In The Long Road Home, her just released book, Dr. Thompson follows the roots of Black identities in North America and the routes taken by those who have crisscrossed the world’s longest undefended border in search of freedom and belonging. It is a moving personal story and a vital examination of the nuances of racism in the United States and Canada. Above all, this book is about the power of freedom and the dreams that link and inspire Black people across borders from the perspective of one who has deep ties to, critiques of, and hope for both countries.

Tickets are $20.00 each and can be purchased electronically here and are available at Que de Bonnes Choses (484-D Main, Hudson) or at Centre Décor Hudson (521 Main, Hudson) as cash purchases only.

We thank Frank Royle for his sponsorship towards this event.

No comments to show.