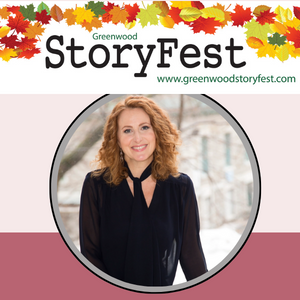 StoryFest is proud to welcome a new Hudson resident who is a familiar face to many in the region. Tarah Schwartz spent more than 18 years as a CTV News Montreal reporter/anchor. She has won four Canadian journalism awards and been named a woman of influence by Na’amat Canada. She is currently the director of communications at Montreal’s MUHC Foundation where she works to raise awareness about the value of philanthropy. Born and raised in Montreal, she now lives in Hudson with her husband Enrico, their son Sam, and cat Milo.

Can’t Help Falling: A Long Road to Motherhood is Tarah’s personal and at times heart-wrenching story. When she miscarried for the first time at almost five months, it was devastating. She was determined to try again, but other miscarriages followed, threatening her stability and her relationships, and changing her profoundly. Tarah puts words to excruciating loss as she recounts her unexpected and deeply inspiring journey to finally enjoying motherhood. She will discuss her memoir at the Hudson Creative Hub, which was formerly St. Mary’s Church Hall.

Tickets are $20.00 each and can be purchased electronically here and are available at Que de Bonnes Choses (484-D Main, Hudson) or at Centre Décor Hudson (521 Main, Hudson) as cash purchases only.

We thank The Hudson War Memorial Library for their sponsorship towards this event.

No comments to show.